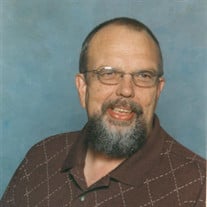 Graveside services for Arthur “Clay” Comer will be Thursday, August 12, 2021 at 10:00 am in Memorial Park Cemetery Mausoleum Chapel. Cremation arrangements by Anderson-Burris Funeral Home and Crematory. Arthur “Clay” Comer was born on August 20, 1947 in Enid, Oklahoma to E.S. and Roberta (Bedell) Comer, and passed away suddenly on August 8, 2021. Clay graduated from Enid High School in 1965 and attended college at Oklahoma State University Institute of Technology in Okmulgee. Clay met his “beautiful bride”, Betty Dysart, in June 1974 and they were then married in St. Francis Xavier Catholic Church on December 14, 1974. Clay was an active member of St. Gregory’s Catholic Church of Enid as well as a member of the Blue Lodge (Garfield Lodge 501, Coronado 56, Enid 80) and honorably served as the Grand Chaplin for the State of Oklahoma Grand Lodge in 1999. Clay was well known for the “colorful” stores he told, as a friend to many, and his ability to talk to ANYONE, Everywhere! Clay was also a member of the Guthrie Valley Scottish Rite, a friendly Shrine clown named “Zeke”, and earned his 33rd Degree. He is survived by his wife Betty of Enid; two daughters Stephanie Chitsey and husband, Rodney, and Doris Clingenpeel and husband, Jeremy; six grandchildren, Krystian, Sheldon and Jayden Chadwick, Preston, Anna and Avree Clingenpeel. Clay was preceded in death by his parents, E.S. and Roberta Comer. Thank you all for your thoughts and prayers and for keeping him alive with the stories he shared with so many.

The family of Arthur "Clay" Comer created this Life Tributes page to make it easy to share your memories.

Graveside services for Arthur “Clay” Comer will be Thursday,...

Send flowers to the Comer family.