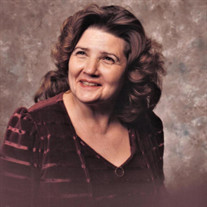 Carol Diane (Clark) Janssen was born in Tulsa, OK Nov 8th 1932 to Thomas Glen & Opal E. (Pope) Clark the 2nd of 2 children. They moved to many places as she was growing including Pennsylvania, North Carolina & Kansas up eventually ending back up in Tulsa again as she entered High School. She graduated from Central High School in Tulsa in 1951. At 18 she was engaged to Joseph Day however while they were sitting in his running car, they suffered carbon monoxide poisoning where he died & she wasn’t expected to survive but God is good and spared her. She was devastated, but being a strong believer in Christ she moved forward. She went on to college attending Oklahoma A&M (now OSU) in Stillwater, where she met Larry Janssen, there is a funny story to that. They were married Sept. 5th 1953 in Tulsa. They lived in Stillwater until Larry finish college at which time he joined the United States Air Force in 1956. in the meantime they welcomed a son David in 1955 & daughter Diane in 1956. After pilot training they were stationed at Norton AFB in San Bernadino. Then it was off to Kadena AFB in Okinawa. Carol was very involved with organizing events with the other military wives & she made a great military wife. They frequented the officers club where she would get all dolled up in formal dresses Larry designed for her with matching high heels (we still have some of them). Tragedy struck when David 4 & Diane 3 died in a military footlocker playing hide and seek. their lives were devasted and she said she couldn’t live without her children. But God had her back and blessed them with Karen in 1961 & Keith in 1962 bringing joy and laughter back into their home. At this point they were stationed at McChord AFB in Tacoma, WA. in 1968 Larry went to Vietnam and Carol & the kids moved to Enid to be closer to family while he was away. Then it was off to Kelly AFB TX, back to McChord then finally to Barksdale AFB in Louisiana where Larry retired. Carol stayed involved with the military wives throughout his career and made many lifelong friends. In 1989 they all relocated to Albuquerque, NM making this their final home. Carol learned to make oriental dolls overseas, did cake decorating in Washington state and continued that throughout her life. She did a lot of sewing back in the day make baby clothes, blankets etc. then it was lots of costumes for Karen and granddaughter Jennifer. She loved to sing, dance, play the piano, gardening and to laugh and joke around. she loved caring for her grandchildren and the extra time she got to spend with them. Her favorite time of the year was Christmas. she would go all out decorating in the house and buying gifts for everyone, it looked like they had 20 children if you ever saw the presents under the tree. they had so little for the first 10 yrs. of marriage that when they were finally able to afford extra, she took advantage of it. she was really easy to buy for since she loved miniatures and Knick knacks, and if you have ever been to her house, you know what I mean. Dusting was a daunting task and still is. The love between mother and daughter runs deep. She was my best friend, sounding board, confidant and shoulder to cry on. What will I ever do without you. As the tears start to wane, lovely memories start to replace the sorrow. We all miss you so much. Carol was a very friendly person. she would talk to anyone and made many, many friends. She wasn’t always good with names but she knew you were her friend. I considered her my very own Betty White always happy and a joy to be around. We would have to arrive at least 30 minutes early to church and still wasn’t enough time for her to speak with everyone so we would stay yet another 30 minutes after till someone would say I’m hungry let's go pick up lunch. Sundays were family days with all of us there for dinner, conversation and reminiscing. Church has always been a priority because faith comes by hearing the word of God. She/we have been members of Legacy church since June of 2001 and attended almost every Sunday & Wednesday and would watch online when not able to attend aka 2020. She dedicated her life to Jesus when she was a mere 8 yrs. old and stayed faithful throughout her life, even after the loss of yet another child Keith in 2011 and her husband Larry, the love of her life, just one year ago. Carol died Dec 18th 2021 at the hospital from pneumonia “a complication of covid they said”. She was preceded in death by her husband Larry of 67 yrs., her parents Thomas & Opal Clark; 3 children David, Diane & Keith, and brother Thomas Clark II. She is survived by and greatly missed by, her daughter Karen Hill, grandchildren Jonathon (Casey) Cottrell/Cain, Jennifer (James) Perez and Ryan Hill. 2 great grandchildren Ryder & Shelby Perez; many in-laws, nieces & nephews. Well done good and faithful servant, today you will be with the Lord your God in heaven. Today is the first day of the rest of your eternal life, no more tears, no more sorrow. Funeral service will be 2:00 PM, Saturday January 22, 2022 at Anderson-Burris Funeral Funeral Home Chapel. Burial will be in Memorial Park Cemetery. Arrangements are by Anderson-Burris Funeral Home & Crematory.

Carol Diane (Clark) Janssen was born in Tulsa, OK Nov 8th 1932 to Thomas Glen & Opal E. (Pope) Clark the 2nd of 2 children. They moved to many places as she was growing including Pennsylvania, North Carolina & Kansas up eventually ending back... View Obituary & Service Information

The family of Carol Janssen created this Life Tributes page to make it easy to share your memories.

Send flowers to the Janssen family.