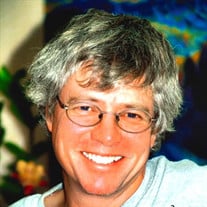 Butch was born at Enid General Hospital, Oklahoma on his dads birthday and grew up in Enid together with mom Judith, dad Frank and five younger siblings; Sherida, Robert, Samantha, Larry and Amanda. The family moved early on to a house in Brookside,... View Obituary & Service Information

The family of Frank "Butch" Edward Coffey, Jr. created this Life Tributes page to make it easy to share your memories.

Butch was born at Enid General Hospital, Oklahoma on his dads...