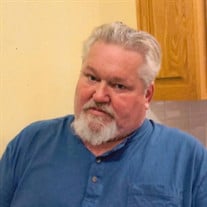 Viewing for Kevin Wayne Carroll, 51 of Enid, will be Wednesday, December 23, 2020 from 10 am until 8 pm at Anderson-Burris Funeral Home. Cremation will follow and a celebration of life service will be held in Alabama on December 31st Kevin... View Obituary & Service Information

The family of Kevin Wayne Carroll created this Life Tributes page to make it easy to share your memories.

Viewing for Kevin Wayne Carroll, 51 of Enid, will be Wednesday,...

Send flowers to the Carroll family.