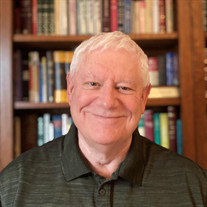 Louis Joseph Selzer, 71, passed away Friday, January 29, 2021. He will be lovingly remembered by his wife of 38 years, Mary; daughters Rachel Cosby and Sarah Demsich; sons-in-law Joshua Cosby and James Demsich; grandchildren Zoey, Ava, Evelyn, James Louis, Juliette, and Elijah; sister Patricia Keathley and brother-in-law Dr. C.J. Keathley; and countless friends and family. Louis was preceded in death by his parents and infant brother, George. Lou was born on October 31, 1949 in upstate New York to Louis and Elizabeth Selzer. He graduated salutatorian in 1967 from Waterville Central High School where he was on the varsity team for swim, basketball, and tennis. Lou attended State University of New York at Binghamton as pre-med where he played college basketball, joined a fraternity, and was named in “Who’s Who in American Colleges and Universities.” After graduating from the university, he enlisted in the Navy where he became a Christian. His call to full-time ministry led him to earn a Master of Divinity from Assemblies of God Theological Seminary. In 1979, he began work as a teacher and counselor at Mid America Teen Challenge, Cape Girardeau, MO, where he met Mary, who became his wife. In 1989, Lou and his family moved to Eastpointe, MI and pastored Christian Trinity Assembly of God for 28 years. In addition to pastoring, he earned a Doctor of Ministry degree, was an adjunct professor at Central Bible College Detroit campus, and became a published author. Prior to his retirement, Lou was recognized by the city of Eastpointe for his long-term service to the community. In 2017, Lou and Mary moved to Enid, Oklahoma to live closer to their children and grandchildren. He was a member and lay minister at Central Assembly of God where his son-in-law pastors. During his retirement, Lou enjoyed studying and teaching God’s word, cruising on Royal Caribbean, vacationing with grandkids, reading science fiction novels, drinking chocolate malts, and working out at the Y to Creedence Clearwater Revival. After Lou lost his voice, he continued teaching through written blogs. His writings can be found at www.louisselzer.com. Visitation will be from 9:00am -10:30am on Wednesday, February 3, at Central Assembly of God, 1202 West Oxford Rd. A Celebration of Life service will follow at 10:30am. Pastor Joseph Tringali, who was mentored in ministry by Lou, will be officiating. Burial will take place at Fort Sill National Cemetery in Elgin, OK on Friday, February 5 at 2:00pm. Memorials can be sent to Central Assembly at 1202 West Oxford Rd.

The family of Louis Joseph Selzer created this Life Tributes page to make it easy to share your memories.

Send flowers to the Selzer family.