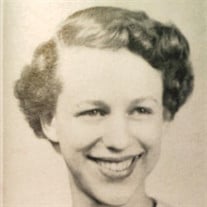 Martha Charlotte (Conner) James was born February 18, 1937 to Aubrey and Helen Conner in Enid, Oklahoma and passed away March 1, 2020 in Enid. She was named after her maternal grandmother Martha Smith. She was the oldest of four children and lived on the Conner Family homestead south of Hillsdale. She was very active in the Hillsdale 4H and choir even singing live on Channel 5 TV when it was in Enid. Charlotte graduated from Hillsdale High School in 1955. She married Jerrald James on September 25, 1954 in Hillsdale. Jerrald was stationed in the army in Germany during the first year of their marriage, so Charlotte lived with his parents and learned to make wonderful meals from his mother Edith. After his service they moved to Okmulgee while Jerrald attended Okmulgee Tech. Next they moved to Zansville, Ohio, where he worked for Halliburton. They were transferred to Nebraska and later Kansas where Charlotte made many life-long friends and learned many new recipes from the Russian and German families. She loved to share memories from their time there. They moved back home to the James family farm north of Hillsdale. Charlotte was very active at the Hillsdale Congregational Church, where she served as Sunday school superintendent. She volunteered at the Hillsdale school as 4H leader, later winning the Garfield County 4H Leader award. The family moved to the Pond Creek area and bought a farm where they raised show animals for their children. Charlotte went to work for Chesterfield Cylinder Plant in Enid in 1979. She was a DOT inspector for the government and worked there until its closing in 1984. She worked for Union Equity until 1991. She later worked for Phillips University until her retirement in 1997. Charlotte was an excellent cook, seamstress, and a devoted grandmother and great-grandmother. She had a sense of humor, was quick to laugh, and was a good listener to family and friends. Charlotte was smart, intelligent, and could solve many problems that arose on the farm or even in life. She loved children and cared for numerous ones ones in her family and around her as well as her own five: Mike and wife Beverly, Eric and wife Mary Jane, Annette and husband David, Pat, and Mary and husband Adam. She was affectionately known as “Aunt Charlotte.” She is survived by her children, grandchildren, Tony, Clint, Michelle, Hannah, Katelyn, Lacey, Jesse, Kember, and Kallee. Her step-grandchildren Kendall, Kendie, Laura, and Jill and several great grandchildren. Her beloved brother Jay preceded her in death. Per her request, no service will be held. Memorials may be made to Hillsdale Christian School.

Martha Charlotte (Conner) James was born February 18, 1937 to Aubrey and Helen Conner in Enid, Oklahoma and passed away March 1, 2020 in Enid. She was named after her maternal grandmother Martha Smith. She was the oldest of four children and... View Obituary & Service Information

The family of Martha Charlotte James created this Life Tributes page to make it easy to share your memories.

Send flowers to the James family.