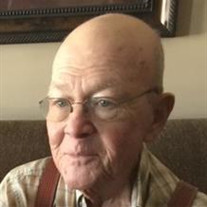 Funeral service for Nelson Allen, 71, of Enid will be 10:30AM, Tuesday, July 9, 2019 at St. Paul’s Lutheran Church, with Rev Kenneth Wade and Rev. David Reber, Jr. officiating. Burial will be 2:30PM, in Lone Star Cemetery, southeast of Waynoka. Visitation for family and friends will be Monday evening 5:30 to 7:00 at Anderson-Burris Funeral Home. Nelson was born October 6, 1947, in Alva, Oklahoma and passed away on Friday, July 5, 2019 at his home in Enid. Nelson grew up in Alva, graduated from Alva High School, and attended Northwestern Oklahoma State University. In 1970 he started his career with Koch Industries, which took him to various states and countries. Nelson retired from Koch in 2017, after 47 years. On August 29, 2003 he married Beverly Thompson in Newkirk, and they made their home in Enid. He enjoyed fishing, gardening, raising cattle, and spending time with his grandkids. Nelson is survived by his wife Beverly; children Tara Ruiz (Cris), Robert Allen (Maggie) Jeff Tatro (Lynn), and Kimberly Cramer (Brandon); 11 grandchildren; and brother Emery Allen (Jo Ann). He was preceded in death by his mother Norma Gene Allen. Memorials may be made through Anderson-Burris to St. Paul’s Lutheran Church.

The family of Nelson Allen created this Life Tributes page to make it easy to share your memories.

Send flowers to the Allen family.