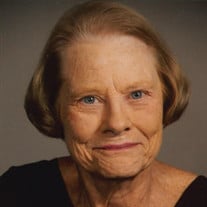 Ms. Patricia “Pat” Tucker-Wagner passed away January 19th at Bass Hospital in Enid, Oklahoma at the age of 74. Pat is survived by her daughters Susan Black Roberts with husband JR of Lee’s Summit, Missouri, Sherry Harris with husband Brian of Edmond, Oklahoma, Terry Scoggins of Enid, Oklahoma and her siblings, James Tucker with wife Fran of Saint Augustine, Florida, Lu Anne Cochran of Tahlequah, Oklahoma and fourteen grandchildren and eight great grandchildren. She is preceded in death by Her parents Devereaux and Willa Irene Tucker and her siblings William Tucker, Mary Tucker and Richard Tucker. Pat was born on March 17, 1946 in Miami, Oklahoma to Deveraux and Irene Tucker. She graduated from Pauls Valley High School in 1964. She went on to attend Oklahoma College for Women, Chickasha, Oklahoma where she met and later married Army Officer Candidate William Wilson in 1966. After moving to Enid, Pat began working for St. Mary’s Hospital in admissions and later medical records as a transcriptionist and retired in 2012. Over 10 years, the couple welcomed 3 children into their home. Her children remember her as a strong and supportive mother who encouraged them to pursue their goals. Pat was an accomplished seamstress and often made her children’s clothes and costumes. She was a generous individual who loved her grandchildren and great grandchildren and was passionate about all children leading to her work as a nanny upon retiring from the hospital. She was an active and dedicated member of the Central Christian Church where she worked in the nursery until 2017. Pat often volunteered at Taft Elementary in her daughter Terry’s second grade classroom and received Employee of the Month at St. Mary’s Hospital for spending her free time in the nursery with a family less infant. The funeral is scheduled for 2:00PM Thursday January 28th at Central Christian Church, with graveside committal to follow at Memorial Park Cemetery. Reverends Tom Stanley and John Wheeler will officiate the ceremony. All are welcome to attend and celebrate Pat’s life. Pat’s service may be viewed at a later time at www.andersonburris.com on Pat’s tribute page. Visitation with the family will be Wednesday from 6:00 PM to 7:00 PM at Anderson-Burris Funeral Home. In lieu of flowers, please send donations to RSVP of Enid www.rsvpenid.org located at 602 S. Van Buren, Enid, Oklahoma 73703. Condolences can be sent to www.andersonburris.com. The family would like to thank Wheatheart Nutrition for their dedication during the pandemic for providing frozen and freshly prepared meals to the doors of Oklahoma seniors.

The family of Patricia "Pat" Susan Wagner created this Life Tributes page to make it easy to share your memories.

Send flowers to the Wagner family.