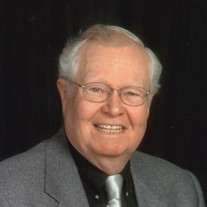 In 1932, on the 28th of May, during what would be called the Great Depression, Ida Wood, wife of William Wood, gave birth to a blonde-haired blue-eyed boy which they called Richard Leroy. He was not the first child, nor would be the last. You see Richard grew up in a time when families were big, and houses were small. His family would be no exception. A total of four sisters, Billie, June, Lois and Audrey and a brother, Herbert would live in a two-bedroom one bathroom house with Richard and their parents. His father William worked 16-hour days for the Saint Louis San Francisco [FRISCO] Railroad company as a train conductor while his mother Ida stayed at home tending to the needs of the house and children. Richard learned many values of this lifestyle that would follow him to the end. He was taught hard work with principled actions would always be rewarded. He also learned that nothing was instant. As Richard was becoming a teenager, the world was at war. He learned through his parents that restraint and discipline were the key to surviving. For in those days everything was rationed, and self-reliance was what most people had to live. It was also at this time that Richard learned and understood the principles of patriotism. He understood to live free you must serve your country to the best of your ability, in whatever capacity you can. So, in 1950, at the young age of 18, he enlisted in the US Army. This is after military police actions had started in Korea. He once said that he was determined to serve and would not wait to be drafted whenever that would happen. He was immensely proud of the fact that he served in the 1st Infantry Division, also known as the Big Red One with the motto “No mission too difficult, no sacrifice too great, Duty first”. That was Richard pretty much in a nutshell. After an honorable discharge in 1952, Richard would work numerous jobs for the next two years. Then in 1954, he was finally able to get a job, working alongside his father at the FRISCO railroad company. He worked long hours, learned his rules frontward and backwards to which he was promoted from a brakeman to a conductor in 1960. You see back then you had to work a minimum of 6 years in train service to be eligible to be promoted. First time testing, he was promoted. He would go on to hold this position until his retirement from the Burlington Northern (former FRISCO) in 1994, a 40-year span. After retirement he stayed active in his hobbies of wood working and cooking. He loved cooking so much he took courses at the Culinary Institute in NYC. He also said your never too old to learn a new trick. And he became particularly good at it. Richard died June 12, 2021 in Enid. Richard is survived by his wife Velma of 48 years and his son Darren Skinner (Terry), both of Enid, and many nieces and nephews. He was preceded in death by his parents William and Ida, all his siblings, Billie Butterfield, June Patterson, Lois Wampler, Audrey Miller and Herb Wood. In lieu of plants and flowers, he was a strong supporter of the military veterans and said when his time came, he would like people to donate to the organizations that support our men and women. “If they’re willing to provide our freedom, we should provide our support”. Funeral services for Richard Wood, 89, will be Wednesday, June 16, 2021 at 10:00 a.m. in Anderson-Burris Funeral Home Chapel with Pastor Josh Cosby officiating. Burial will follow in Memorial Park Cemetery.

In 1932, on the 28th of May, during what would be called the Great Depression, Ida Wood, wife of William Wood, gave birth to a blonde-haired blue-eyed boy which they called Richard Leroy. He was not the first child, nor would be the last. You... View Obituary & Service Information

The family of Richard Leroy Wood created this Life Tributes page to make it easy to share your memories.

Send flowers to the Wood family.